A Cruise Missile Slammed Into The Pentagon on 911

Looks like the cruiser had a device that homed in on the laser spot!
Click to expand... 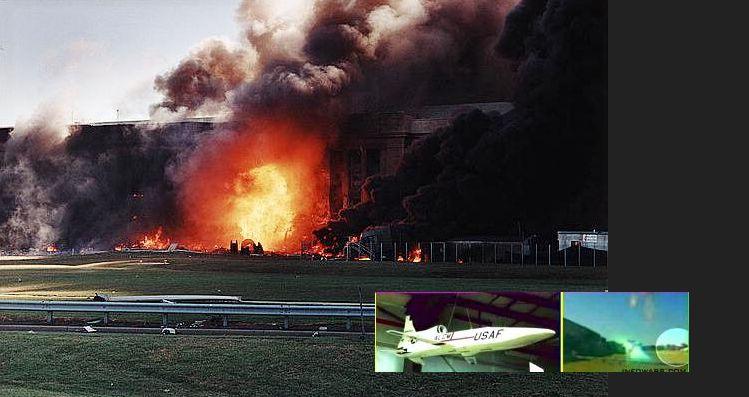 The impact shot above surely resembles the very last instant in the Missile gif, as well the highlighted object at right in the insert which is the first frame in the only officially released footage of the Pentagon strike, resembles the nosecone on the cruiser and the streaking object in the moving video above!
Click to expand... 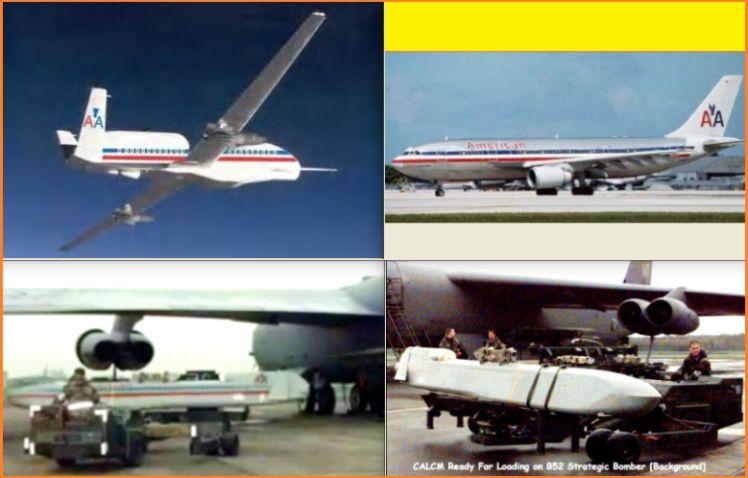 The missile strike is at 1 minute 09 seconds in the video, which also has footage of a cruise missile in American Airlines livery being loaded onto a B52 Bomber, another version of the same photo without the AA paint turned up in a 2003 Joe Vialls story titled .. CIA False Flag Attack on Kuwaiti Shopping Mall.
Click to expand...

It seems the plane climbing above the Pentagon either launched the missile or flew directly over it to disguise its approach, the cruise missile on the test range has an identical blast signature.
Click to expand... 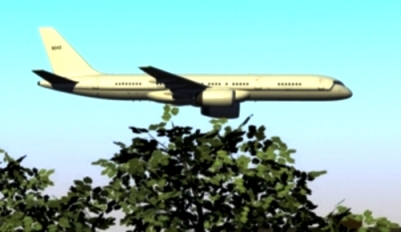 Left Above From Pentacon.com a computer animation of the flyover compiled from the testimony of numerous eye witnesses, the mystery plane at right is thought to be the same aircraft making its approach.
Click to expand... 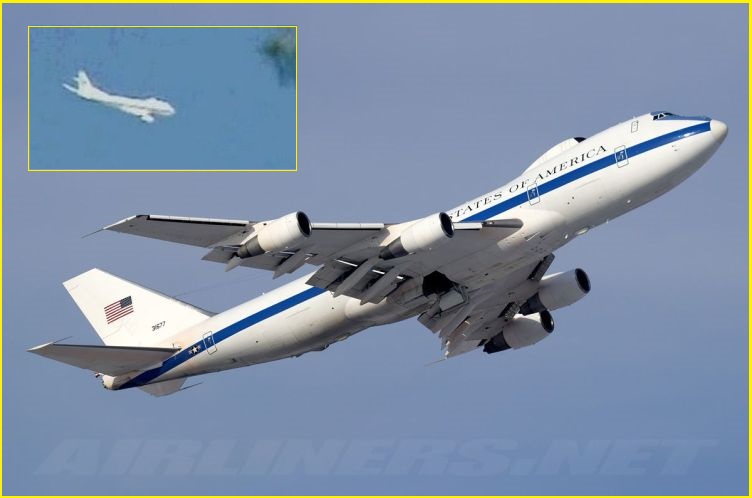 The latest mystery plane seen in the insert above pictured over the White House at 9:44 am on September 11, 2001, was a highly modified E-4B Boeing 747 operated by the National Airborne Operations Center.
Click to expand... 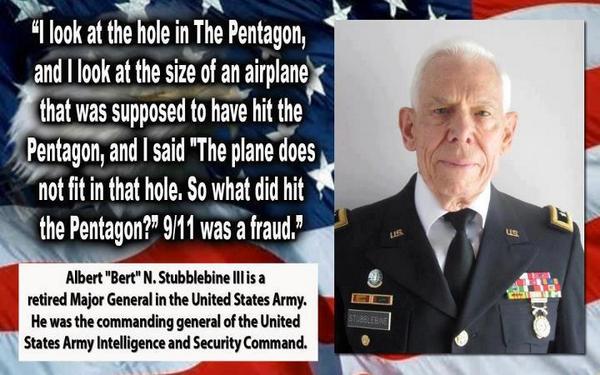 Only minutes after the strike, a television reporter says there is nothing to indicate a plane struck the Pentagon.

This video shows no plane impact accompanied the explosion!
Click to expand...

The diagram above, shows the thermonuclear warhead vaporized seven layers of especially reinforced concrete, before exiting on the inside of C Ring!

http://911research.wtc7.net/pentagon/an Few weapons are capable of penetrating the amount of reinforced concrete seen in the Pentagon attack, this brilliant white fireball is typical of the plasma type reaction of a tactical "Bunker Busting" thermonuclear warhead.

Rick M, "we heard a sound like a missile,"

Joel Sucherman, "almost like a heat seeking missile was locked onto its target,"

Professor David H. Edwards, "after I boarded the Orange Line [Metro Line] train, a young man and a young woman, both in their early twenties and wearing backpacks, burst into the subway car shouting and exhibiting extreme excitement and agitation.

They addressed the entire car, which was mostly empty except for me and perhaps three or four other men in suits. The young people yelled, "we were standing at the Pentagon Station, waiting for the train to come, and we saw a missile fly into the Pentagon! We saw it, we saw it!"

One of the men sitting closer to them must have asked for clarification, because they reiterated the same information several times, saying repeatedly, "a missile, we saw it, a missile, it flew right into the Pentagon, I can’t believe it.. now it’s on fire, there’s smoke!"

Lon Rains was convinced a missile hit the Pentagon by the way it sounded and how fast it flew in, he stated, "at that moment I heard a very loud, quick whooshing sound that began behind me and stopped suddenly in front of me and to my left, in fractions of a second I heard the impact and an explosion, the next thing I saw was the fireball, I was convinced it was a missile, it came in so fast it sounded nothing like an airplane.

In a Parade Magazine interview, Secretary of Defense Donald Rumsfeld, made his infamous slip of the tongue, "here we’re talking about plastic knives, and using an American Airlines flight filed with our citizens, and the missile to damage this building and similar (inaudible) that damaged the World Trade Center.
Click to expand...

A Cruise Missile Slammed Into The Pentagon on 911 - Not a Boeing 757 driven by a crazy Moslem hijacker nor was it launched by Osama bin Laden but by Jews have infiltrated the US chain of command, Jews never showed up at work at the WTC on the day "Put Option" deals were traced to Mossad HQ in Israel

Thousands of Jews Absent From the WTC on the Day.
Warnings to Stay Away Came Via Telephone Messages..
From the Pulpit of NY Synagogues the Friday Before..
And From the Odigo Hebrew Language Messaging Service.

ABC News Anchor Peter Jennings while the drama was still unfolding said, "the normal total of workers at the WTC Towers was around eighty thousand."

Sunder's total of between seventeen and eighteen thousand in the Towers, makes some sixty two thousand or so absent using Jennings' figures. The official count of some under 3,000 dead was tailored to fit the four hundred dead Jews on the official list. Evidence of Mossad Treachery in the WTC, by Ed Toner..
Click to expand...

Unusual Option Market Activity and the 911 Terrorist Attacks - After September 11, 2001, there was a great deal of speculation that the terrorists or their associates had traded in the option market on advanced knowledge of the impending attacks. Examination of the option trading leading up to September 11 reveals an unusually high level of "Put" buying. This finding is consistent with informed investors having traded options in advance of the attacks.
Click to expand...